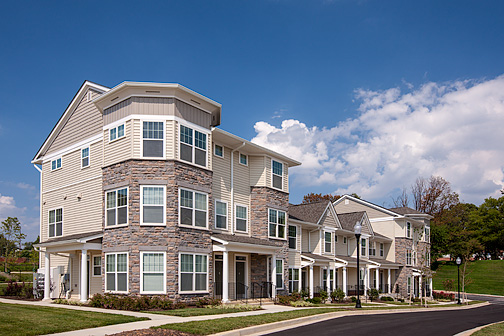 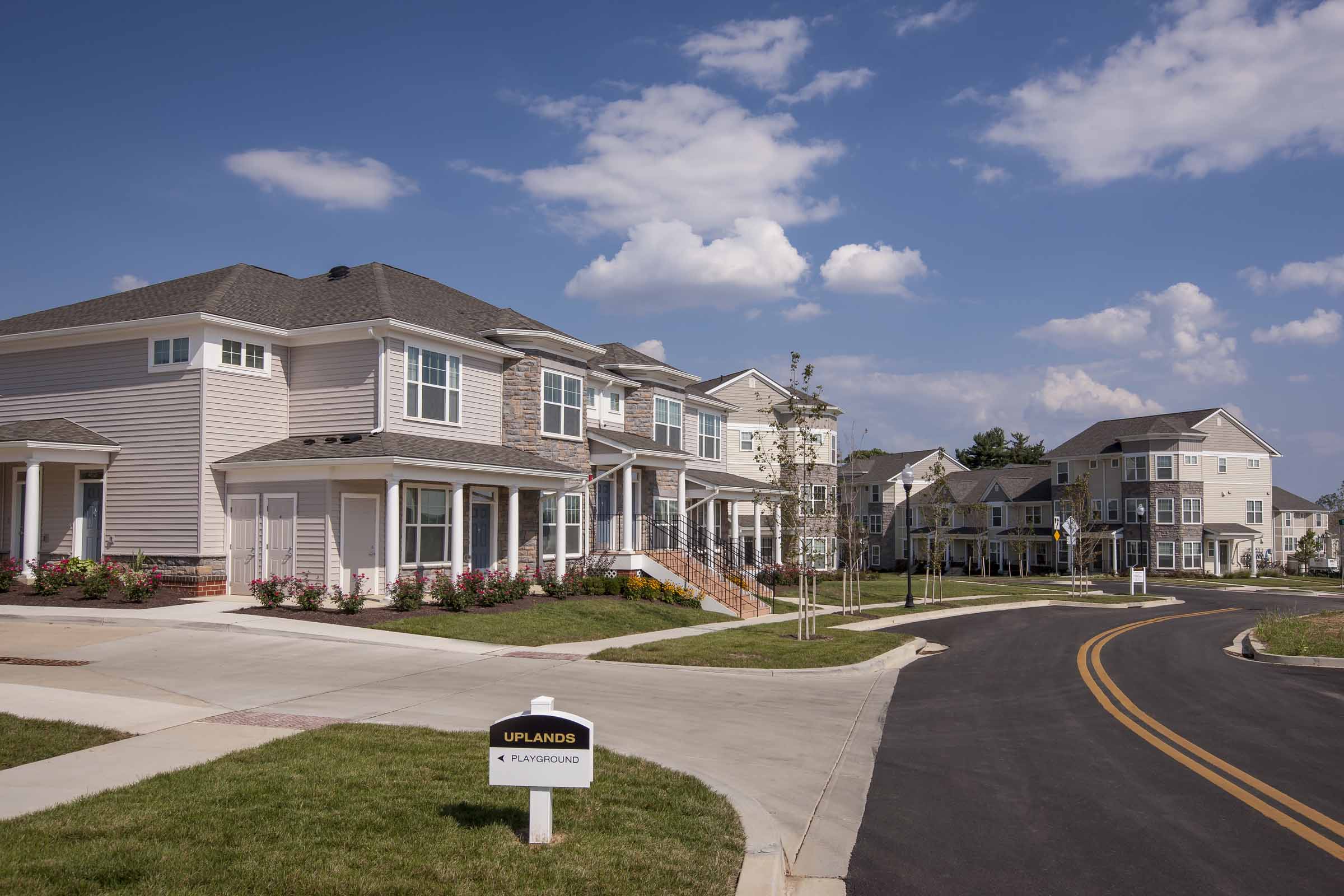 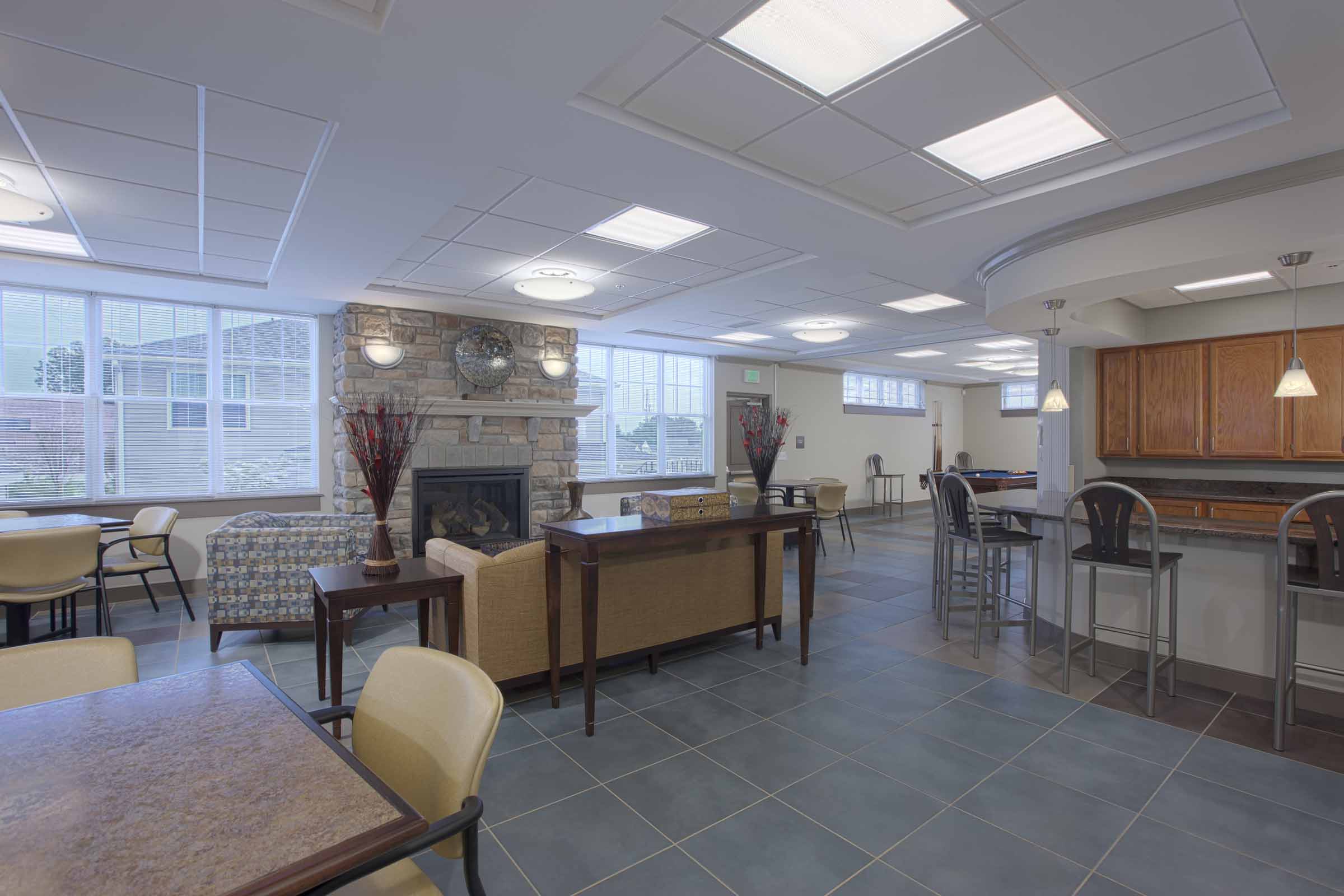 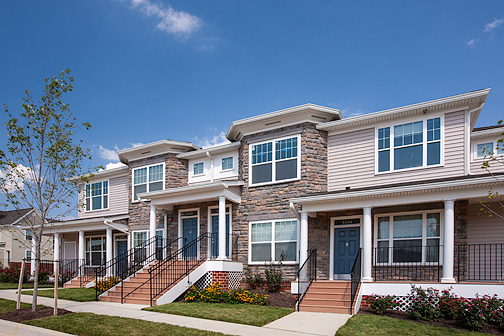 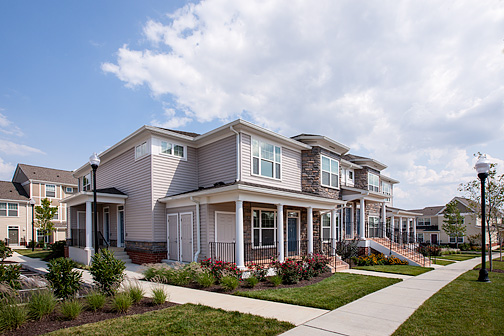 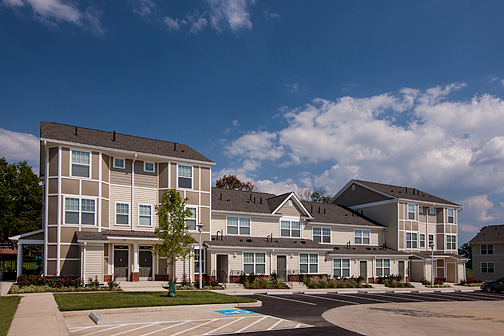 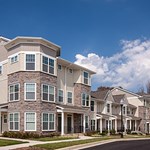 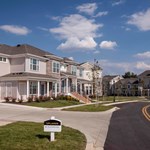 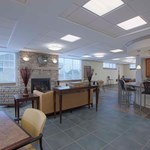 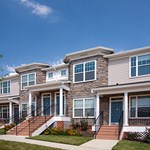 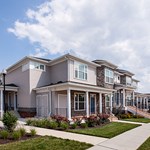 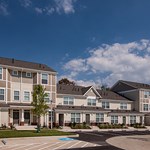 The Uplands redevelopment encompasses a massive 63-acre site in Southwest Baltimore, formerly a cluster of distressed HUD-owned housing that had stood vacant for years. Through an inclusive redevelopment process, Pennrose and its partners coordinated the efforts of the development team, City and State agencies, former residents, elected officials, and community stakeholders. Pennrose led the process to update the master plan, actively engaging the community through a series of public meetings, planning sessions and design charrettes, leading to community approval of the plan. Upon completion, this transformative, mixed-use $237 Million revitalization will culminate in a vibrant neighborhood, including 761 housing units of for-sale and rental housing through two rental and five homeownership phases, as well as retail.

The development plan includes several product types such as single-family dwellings, town homes, duplexes, triplexes, mansionettes, and walk-up buildings. Housing units will be made available to a mix of incomes; 74% of the units are affordable from 30% to 115% AMI and 26% of the units are Market Rate. Current operating income for rental phase is $1.3 Million, the annual replacement reserve deposits are at $350 per unit per year, and occupancy is currently at 95%. To date, $30 Million of infrastructure has been completed, along with the first phase of 104 rental units and a 4,100 square foot separate community building.

176 out of 178 units (sale history shows five homes sold per month) units of the first homeownership phase have been sold, and design of the 2nd phase (Site A) of infrastructure
is 95% complete. Site A Infrastructure will begin later in 2018 followed by the construction of the remaining rental and homeownership units. Bozzuto sponsored a series of outreach events at 40 local churches and reached out to other community and City groups including schools, hospitals, and police departments to inform and promote low-income purchasers in the area. Bozzuto worked closely with Pennrose to connect with Baltimore City to produce a series of email blasts to be distributed to Baltimore City employees to advertise and incentivize people to come live at the Uplands.

A sustainable and transit oriented development, Uplands was designed and built to adhere to the Enterprise’s Green Communities program and has a LEED-ND Gold Designation. Each unit is an ENERGY STAR Version 2 qualified home. The mixed-use development is currently under planning for the retail portion of the site.

Uplands utilized multiple layered sources of financing. The project has involved effective, on-going partnerships with the Housing Authority of Baltimore City, and is the result of many years of community planning and collaboration between the development team and the community.