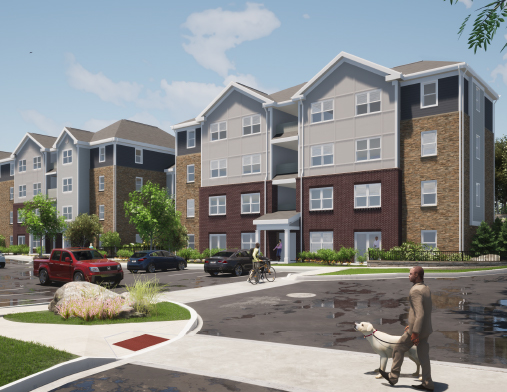 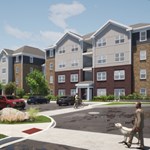 The Haven at South Atlanta project is an 84-unit mixed-income multifamily 9% project.. Pennrose, LLC is partnering with Focused Community Strategies (FCS), an Atlanta based non-profit to develop the project. This mixed-income community will provide much needed affordable multifamily housing to a community that is minutes from downtown Atlanta and numerous other job centers and amenities.

Focused Community Strategies (FCS) is a 501C(3) organization that empowers neighborhoods to thrive. FCS has been partnering with under-resourced Atlanta neighborhoods for forty years starting with Grant Park, and then Ormewood Park, Summerhill, and East Lake. For the past sixteen years, FCS has invested in the Historic South Atlanta neighborhood to create a flourishing community through mixed-income housing, economic development, neighborhood engagement, training and consulting. Since its founding in 1978, FCS has established a national reputation as a multi-faceted community development organization that creates healthy, sustainable, and restorative communities. In 2001, FCS began a partnership with residents of Historic South Atlanta neighborhood. Together with Historic South Atlanta’s 1,922 residents, FCS has transformed abandoned houses into beautiful homes, opened a “neighborhood” grocery store (Carver Market) in a former food desert, and provided numerous services and other opportunities to the residents of the neighborhood.

The site is located in southeast Atlanta, 10 minutes from downtown. FCS has acquired lots adjacent to Price Middle School, which is in the Atlanta Public Schools (APS) Carver Cluster. The proposed project would consist of the new construction of 1, 2, and 3-bedroom units. FCS has developed over 150 mixed-income housing in the Historic South Atlanta neighborhood, all single-family rental or for-sale, with 25% of all homes in the neighborhood owned by low-income residents. FCS has developed a “neighborhood” market – Carver Market and Community Grounds Coffee Shop, both of which offer retail space and jobs to residents in the neighborhood. FCS also provides, through partnerships with other organizations, training & support for local entrepreneurs and targeted socials services. Historic South Atlanta is one of the only examples around the Atlanta Beltline of a stable and equitable neighborhood. FCS is currently planning potential expansion of its current headquarters, located at Carver Market, as well as additional retail/commercial development opportunities within the neighborhood.

The proposed project type would be garden apartments to include Market Rate Units, and Affordable Units targeted at 60% and 50% of Area Median Income . The units will include full appliances to include washers and dryers. The project will include all the amenities of comparable new market rate properties being developed in the City of Atlanta. There will be a separate clubhouse with amenities to include, but not limited to business center, club room, fitness room and staff offices. FCS has already established great working relationships with partners, who have helped “transform” the Historic South Atlanta neighborhood. These partners include, but are not limited to – GA DCAAHA, City of Atlanta, Invest Atlanta, YMCA, Purpose Built Schools, and Purpose Built Communities.