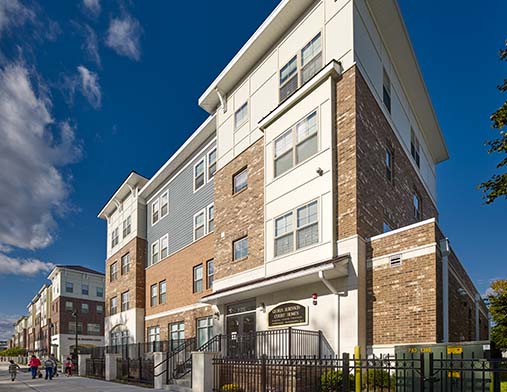 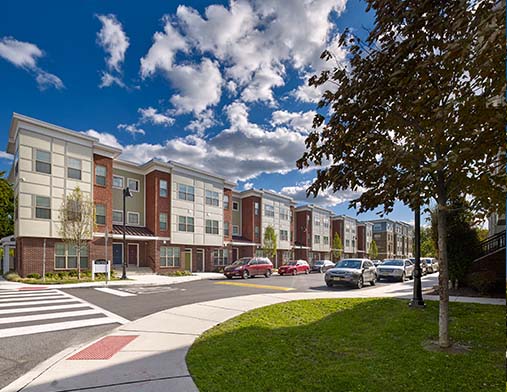 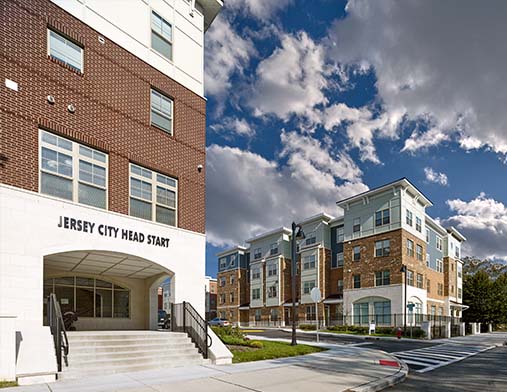 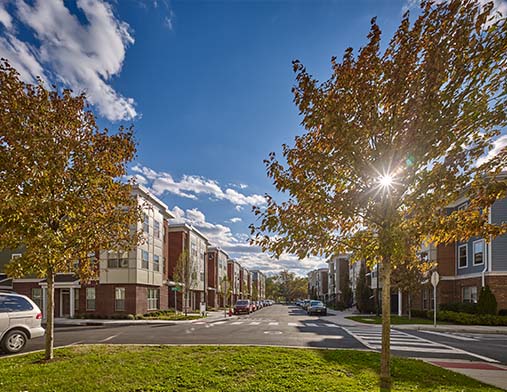 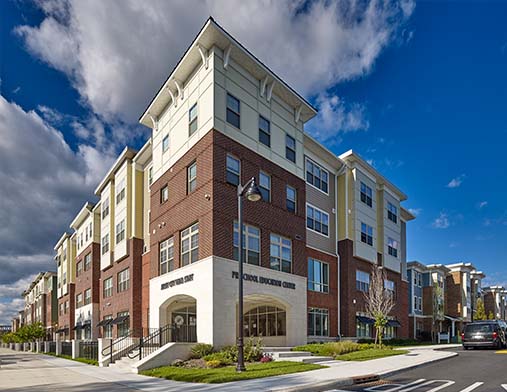 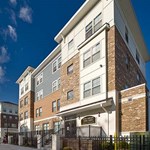 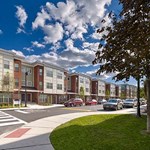 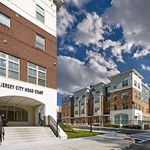 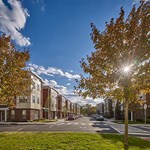 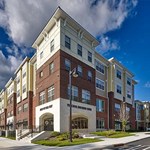 Located in a designated New Jersey Smart Growth Area on the west side of Jersey City, New Jersey, Gloria Robinson Court Homes (GRCH) is part of the A. Harry Moore (AHM) HOPE VI Revitalization Plan, a vision adopted in 2005 by the Jersey City Housing Authority (JCHA) in an effort to redevelop obsolete and deteriorating public housing inventory throughout the city. A primary component of that plan, and the direct result of an intensive community and master planning process conducted over four years (from 2005 through 2009), GRCH represents the efforts of two different development teams over four phases of redevelopment aimed at replacing 664 units, many of them vacant, of an outmoded, high-density, seven-tower public housing project originally built in 1954.

Known locally as Duncan Towers, these austere, red-brick monoliths had come to symbolize a neighborhood and community ravaged by decades of social and economic isolation and neglect, with poverty and crime rates soaring far above other parts of the city and surrounding region. And it would be in the shadow of those very towers where the new GRCH neighborhood would ultimately take root and blossom into a vibrant and dynamic mixed-use, mixed-income, residential community that has been physically, socially and economically reintegrated with adjacent neighborhoods and the larger Jersey City metropolitan area.

By the middle of 2016, nearly twelve years after redevelopment efforts began, all four phases of the neighborhood’s transformation were complete. A community reborn, GRCH offers this once-alienated, overly-dense community 274 new mixed-income, mixed-finance rental units, an 11-classroom Jersey City Head Start offering Pre -K Early Childhood Education Programs, management offices, and a variety of on-site social services and amenities, including supportive service offices, conference rooms, a 12-workstation Neighborhood Networks Center, and a community facility providing residents with a public gathering space, a full kitchen, and on-site laundry services. It is important to note that any residents displaced by the redevelopment at GRCH and its overall reduction in density would be provided Section 8 assistance in finding housing in other parts of the city. Nobody was left behind by this project.

Just some of the on-site social services provided at GRCH include individual case management for residents, job readiness workshops and an associated job bank, resume assistance, and both financial literacy and homeownership classes and counseling. All four phases of the GRCH community are ENERGY STAR-certified, and the third phase has been certified LEED® Silver by the United States Green Building Council (USGBC).