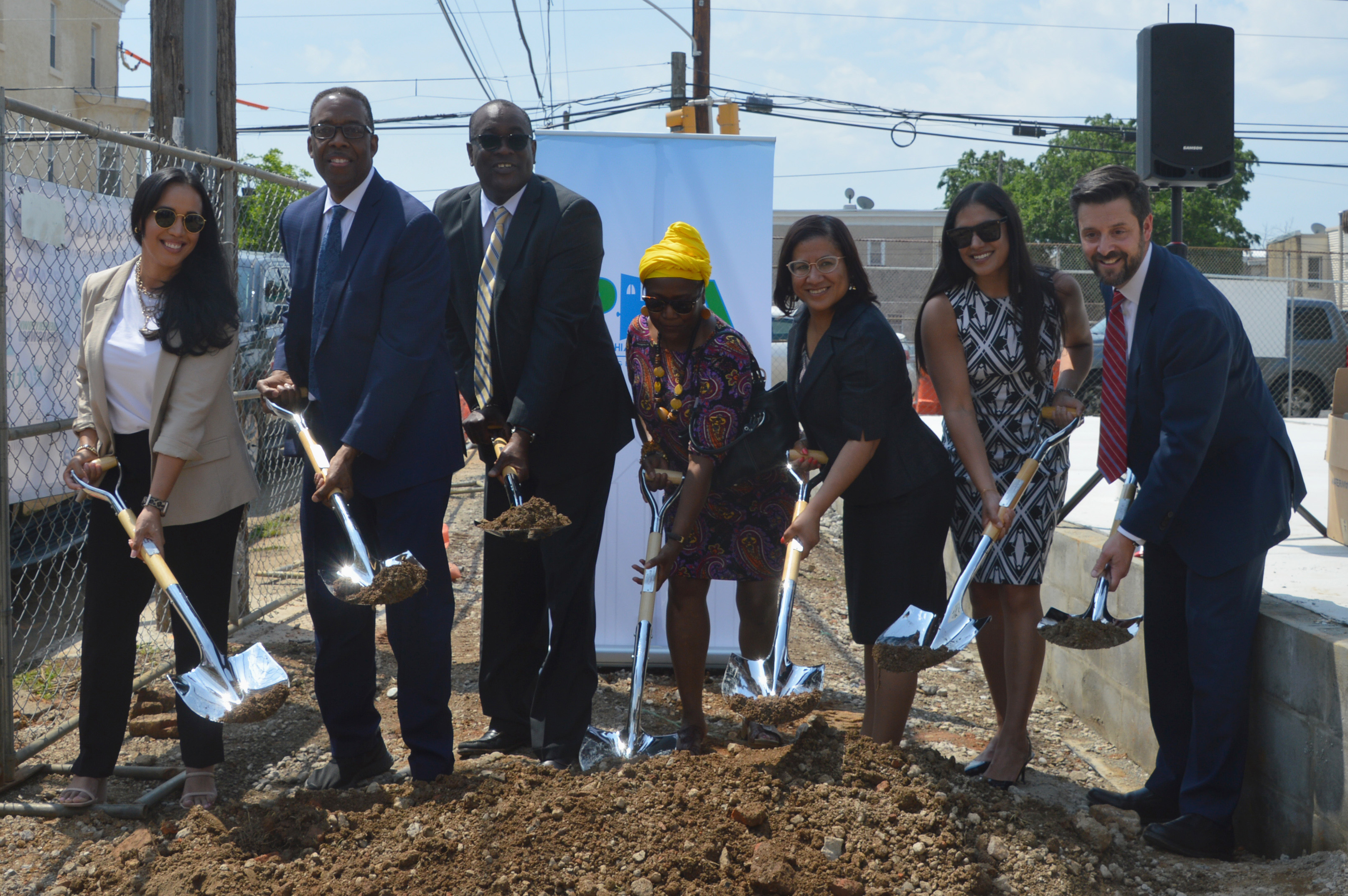 Sharswood Crossing, a 59-unit development will have one-, two- and three-bedroom townhomes

“This new construction is bringing new life to formerly desolate and abandoned blocks in Sharswood,” said PHA President and CEO Kelvin A. Jeremiah. “Moreover, the family-sized townhomes at Sharswood Crossing are better able to accommodate residents as their life situations change.  PHA is fully committed to meeting the needs of its residents, and to providing a full-range of modern housing options. Each new groundbreaking in Sharswood builds on the promise we made to this community in our meetings with residents six years ago.”

“With each development of more, new affordable housing in Sharswood, we are transforming this section of North Philadelphia - one development at a time,” said Council President Darrell L. Clarke (5th District). “There’s an urgent need for affordable housing for families as they grow and their needs change. Another big step forward today for North Philadelphia — we’re grateful to PHA and all of our partners.”

“We are thrilled to join project partners and the Philadelphia Housing Authority as we begin the exciting next phase of the comprehensive Sharswood Transformation Plan,” said Jacob Fisher, Regional Vice President at Pennrose. “PHA has been dedicated to the revitalization of the Sharswood community for years and Hunt/Pennrose phase II will add an additional 59 high-quality, affordable apartments to an area facing rapid gentrification.”

“Hunt is proud to be a long-term partner with the Philadelphia Housing Authority to bring affordable, accessible, and quality homes for residents,” said Sinclair Cooper, President, Public Infrastructure – Development at Hunt. “This groundbreaking was the result of years of collaboration between Hunt, Pennrose, the PHA, and residents who are committed to delivering a community that provides improved housing, better neighborhood conditions, increased health and safety, better education, and career outcomes.”

“Today's groundbreaking is another milestone- another 59 affordable units- for the Sharswood Blumberg Transformation Plan,” said State Rep. Donna Bullock. “PHA, its development partners, and the local residents have planned and worked together to reimagine this neighborhood as an affordable, choice neighborhood. It is so exciting to support and see another project underway toward that goal.”

Thirty units will have Project-Based Vouchers, provided by the Philadelphia Housing Authority, with rents set at 110 percent of fair market rents. Hunt/Pennrose is the co-owner and co-developer, with Pennrose Properties leading the development phase. The project is being funded by PHA in the amount of $7,015,000.

In April 2020, PHA received a $30 million Choice Neighborhoods Implementation grant from the U.S. Department of Housing and Urban Development in support of the entire Sharswood initiative. Since work began on the Sharswood Transformation Plan in 2016, 234 brand-new single-family rental homes have been completed along with the renovations of Sharswood Tower and the Brigadier General Hazel Johnson Brown Veterans Center at HELP Philadelphia VI, which offer senior and veteran rental apartments. In addition, Habitat for Humanity built 20 homeownership units at Oxford Green, bringing the total number of new or renovated housing units completed to 309. Construction is nearing completion at Sharswood Ridge, a mixed-use development on the Ridge Avenue commercial corridor that features affordable housing and neighborhood retail, including a grocery store.