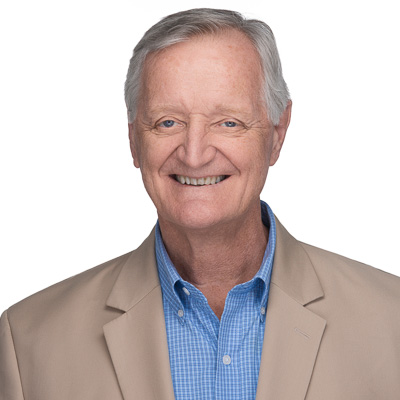 It is with tremendous gratitude that we announce the retirement of Mark Straub from Pennrose, effective December 31, 2020. During his tenure with Pennrose, Mark has played a pivotal role in developing and growing the Pennrose platform and business in the Southeastern U.S.

Mark began his career at Pennrose in 2005 as Senior Development Officer in Chattanooga, TN, where he assumed responsibilities for the region from Ivy Dench-Carter. He was promoted to Regional Vice President in 2016. With Pennrose, Mark has been involved in developing over 3,000 rental and homeownership units of approximately $550 million in total development costs. This included the development of McCallie Homes – HOPE VI (The Villages at Alton Park), a $78 million redevelopment effort that received the Chattanooga African American Chamber of Commerce – Advancement in Diversity Award and the Chattanooga-Hamilton County Regional Planning Agency – Excellence Award. He also led the multi-phase redevelopment of Meriwether Homes Redevelopment, a previous public housing development in the City of Griffin, Georgia. Oaks at Park Pointe, the first phase of this multi-phase redevelopment, received the Charles L. Edson Tax Credit Excellence Award in 2016.

“It is not often that an individual so completely exemplifies an organization’s core values in the way that Mark has during his tenure with Pennrose,” said Mark H. Dambly, President with Pennrose. “He successfully built the company’s Southeast development operations, team, and pipeline at a time when we needed stability in the region. He has adeptly served as an ambassador for Pennrose and its ownership and we are appreciative for his work, dedication, and friendship.”

Mark has played a critical in growing the development team in the Chattanooga, AL, office and helping to establish the Atlanta, GA, office. He successfully supported the growth of team members in the region by providing leadership and mentorship that has been critical to ensuring the region’s stability after his departure.

Prior to joining Pennrose, he served successively as Director of Development for the housing authorities in Cincinnati, Youngstown, and Chattanooga, where he managed a combined $150 million in construction and development production. He has participated in five HOPE VI redevelopment grants as well as a Choice Neighborhoods grant.

Mark will continue his relationship with Pennrose to support the completion of active projects currently in the pipeline and to refer new opportunities. We thank Mark for his contributions to and support of the Pennrose Enterprise and wish him and his family all the best in the future.