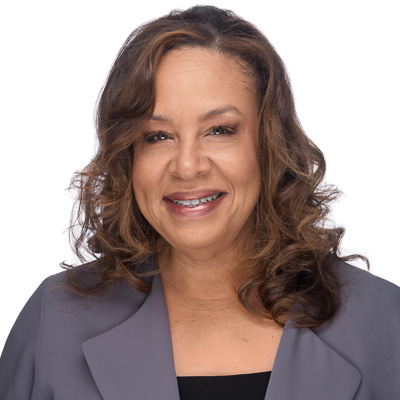 Pennrose is pleased to announce the promotion of Ivy Dench-Carter to Senior Vice President of Development. In this role, she will oversee the execution and growth of Pennrose’s development pipeline within multiple designated regions, be responsible for the oversight of performance goals for the regions as identified in Pennrose’s Strategic Plan and monitor regional performance and efficiency. Dench-Carter will provide executive representation of Pennrose among industry organizations and associations, financial partners, design and construction partners, Housing Authorities, and State Agencies.

“In this new role, Ivy’s experience and tenure will add additional leadership to our development teams and Pennrose itself. During her 30 years with the organization, Ivy has always been committed to the Pennrose mission and core values,” said Mark H. Dambly, President at Pennrose. “Ivy’s promotion will enhance our leadership team and support our mission during a time when affordable housing is urgently needed.”

Prior to her role as Senior Vice President, Dench-Carter served as the Regional Vice President of the Mid-Atlantic, where she managed all phases of development in Maryland, Virginia, the U.S. Virgin Islands and Washington, D.C. Dench-Carter began her career at Pennrose as a Property Manager in 1990 and transitioned to real estate development at the company in 1995.

“For 30 years, I’ve witnessed how safe, clean and affordable housing can transform lives and serve as an economic catalyst in underserved neighborhoods,” said Dench-Carter. “I value my Pennrose colleagues as professional development team members committed to delivering outstanding housing options to the communities that need it most.”

Throughout her career, Ivy has developed over thirty-five projects totaling approximately 2,400 units. Many of these projects involved public housing authorities and government agency-owned land requiring the negotiation of complex Land Disposition Agreements and Master Development Agreements.

Ivy serves as President Emeritus of the Maryland Affordable Housing Coalition and is on the Board of Directors of Anne Arundel County Affordable Housing Coalition and Baltimore City Inclusionary Housing Board. She is an active member of the community and a graduate of Leadership Maryland, an independent statewide program designed to expand the capacity of Maryland’s leaders. She is a frequent affordable housing panelist and recently recognized by the Baltimore Business Journal as one of ten business executives for the 2019 Leaders in Diversity, which honors influential executives and business owners who promote diversity and inclusion in the Greater Baltimore business community. Ivy attended Spelman College in Atlanta, GA.